The “Susan Lindquist School on Proteostasis” was scheduled to take place a year ago, in December 2020. It was supposed to be the second in what we were hoping to turn into a long tradition of schools organized by a group of  young principal investigators (PIs) in the field of proteostasis. The first school had taken place two years before, in a beautiful venue in Croatia, with coffee breaks at the beach, chalk talks at the basketball court, and fantastic lectures by both senior and junior group leaders – all with the goal of teaching and mentoring the next generation of researchers in proteostasis. We were honored our second event had been selected for funding by FEBS and EMBO as a  "joint FEBS/EMBO lecture course", and we carefully crafted an exciting program for this school. And then COVID came, and we could not envision the same success over Zoom. So we postponed, and postponed again, until we realized that we had to make it work in a virtual format.

The school was wrapped up in early December 2021 in a celebration of science and community. Yes, it was on Zoom, but it was the closest to a live meeting possible, as both students and speakers attested. Based on their feedback, I will try to describe why:

Only students and postdocs were accepted (sorry industry and PIs). Registration was free, but required a letter of intent, so only those who really wanted it were there. This made for an inclusive list of participants from around the globe, all deeply involved and passionate about the topic. They were encouraged to actively participate even before the school began – we asked them to volunteer to prepare ice-breaking opening games (huge success!!), present their projects and select breakout sessions. We limited the list to 60 – more than that is just not possible with the plan we had and that I share below.

Zoom 'meeting' and not webinar! This was super important, to allow everyone to speak. Students were encouraged to ask – and did! Using the “raise hand” feature, those who wanted to ask were promoted to the first screen, in the order they raised their hand, making moderating the questions easier. We left plenty of time for questions and gave priority to students over PIs.

The school ran for four days, with six hours scheduled each day. The program was a mix of frontal lectures (~3–4 h per day) and interactive sessions (~2–3 h per day). And now in detail:

The “practice sessions” before the meeting were used not just to test the speakers' slides and ability to connect to Zoom. We took this time to describe the program, the spirit and the goals, and encouraged all speakers to join us for more than just their talk. Because at the end – IT TAKES A VILLAGE. All speakers, tutors and panellists stayed for multiple sessions, joined the activities and gave the feeling of community and family. This made all the difference.

On behalf of the four organizers – Matthias Feige, Christian Munch, Rebecca Taylor and myself – I would like to thank our terrific administrative team at the Weizmann Institute, and in particular Talia Suissa, for all the pre-organization that led to a smooth surf through the meeting. We are very grateful to EMBO and FEBS for funding and supporting our school. While we would have chosen a face-to-face meeting any day, this was a blast. 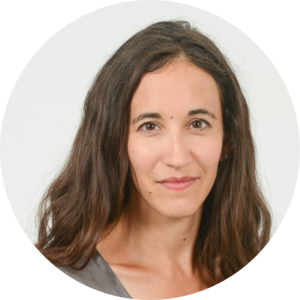