Communicating advances in knowledge is no longer the sole role of publications. Instead, their sheer number and perceived value (impact) are the token for a successful career

In a world where promotion decisions in scientific careers very often rely on metrics of scientific productivity, the way this productivity is measured determines the market value of particular manifestations of research activity. Current mainstream metrics are simplistic and ignore the diversity of outputs associated with scientific work. This distorts the ‘research-market’ by attributing value to some modes of presentation of scientific work and discarding others. The consequence is a shift in the production of ‘publication currency’ towards modes of higher perceived value. Nowadays, that means publication in scientific periodicals, which also boosts a thriving business in the ‘real market’. The urge to produce more ‘publication currency’ to enhance the career prospects of researchers has had a consequence that would not surprise the economists among the readers, hyperinflation. In this hyperinflation world of publication currency, more is always better. Even though it means to subvert the real point of publishing research which is to communicate advances in knowledge, and places undue stress on the whole scientific enterprise, from authors to referees. Of course, the cunning researcher will soon realize that not all lines of research provide the same level of income in ‘publication currency’. As a consequence, those research subjects that are particularly fastidious or out of the mainstream receive proportionally less attention irrespectively of their societal importance.

An early career researcher will have to be aware of these implicit constraints that bear upon the choice of scientific subjects, and research strategy. Constraints derive from the policies of the funding sources available and the rules for promotion and evaluation of their host institution. This means that it is already at the level of application for a new position that due consideration to these matters should be taken. This way the application will match the policies and rules in place, and the proposed career development plan will maximize the production of the ‘publication currency’ that bears upon real world ‘research market’ decisions on tenure and promotion.

A researcher, in any stage of the career, that sees the ‘publication currency’ as a problem can act individually to ameliorate the situation by participating and welcoming peer review (with all the failings that derive from human nature) as the gold standard for scientific performance assessment. In this state of affairs, learned societies such as FEBS and its Constituent Societies, can play an important role in identifying scientific priorities and promoting alternative ways of generating and measuring influence (to deliberately avoid the word impact). FEBS has signed the DORA (Declaration on Scientific Assessment) signalling its commitment to providing an important counterweight to the current mainstream position of ‘bean counting’ items in scientific periodicals. 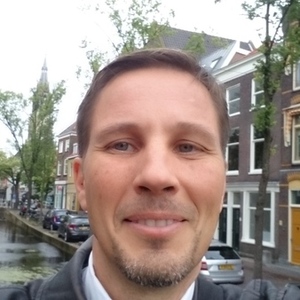