In 1967, during the 4th FEBS Meeting in Oslo, the Secretary General of FEBS, W.J. Whelan, presented the idea of launching a journal for the rapid communication of short reports in Biochemistry, Biophysics and Molecular Biology. The first issue of FEBS Letters appeared just one year later, in July 1968, with Satya Prakash Datta acting as Managing Editor. It is the year of the presentation of the Nobel Prize in Physiology or Medicine to Holley, Khorana and Nirenberg, ‘for their interpretation of the genetic code and its function in protein synthesis’.  The first tRNA crystals have just been produced. Okazaki demonstrates that newly synthesized DNA consists of fragments that are attached later to one another to generate long continuous strands. Britten and Kohne are about to publish that ‘hundreds of thousands’ of repeated sequences exist in the genomes of higher organisms. Thus, the young journal appeared during an era when the foundation is being laid for modern Molecular Biology, and Biochemical research is more robust than ever. In its year of launch, FEBS Letters featured 144 articles. Since then, the journal has grown considerably and has witnessed the publication of several landmark papers.

In 2018, FEBS Letters is celebrating its 50th anniversary. To mark the occasion, we selected 50 outstanding research articles published in FEBS Letters over the last 50 years, which have become landmarks in the field of Molecular Biology. We have collected them for you in a Virtual Issue which we feel is of historical value, besides being of scientific interest. You will find among them one of the articles that earned Yoshinori Ohsumi the 2016 Nobel Prize in Physiology or Medicine [1]; the identification of the human estrogen receptor ERβ [2]; the discovery of MDM2 as an E3 ubiquitin ligase for p53 [3]; the cloning of green fluorescent mice [4]; or Sanger’s invention of thin acrylamide gels for DNA sequencing  [5], just to name a few. The articles span numerous fields of interest. We have grouped them under the categories of Autophagy, Cell Death, Cell Signalling, Cytoskeleton and Cell Junctions, Channels and Carriers, Classical Biochemistry, Structural Biology, Metabolism, Neuroscience, Cancer Biology, Stem Cells, and Technologies. We invite you to explore the past, present, and future of Biochemistry and Molecular Biology by taking a closer look at our collection.

We have further used this Virtual Issue as a starting point for the organization of our 50th Anniversary Symposium, “50 Years of Molecular Life Sciences with FEBS Letters”, which will be held in Heidelberg on the 24th and 25th of May 2018. Among the exceptional scientists  presenting at our symposium are several authors of the articles collected in the Virtual Issue, as well as others who have contributed to the success of FEBS Letters in various ways. The result is a broad-scope meeting of exceptional quality, which we hope will reach out to as many of you as possible.

For the time being, we hope you enjoy this Virtual Issue, and we are looking forward to receiving further excellent articles in the near future! 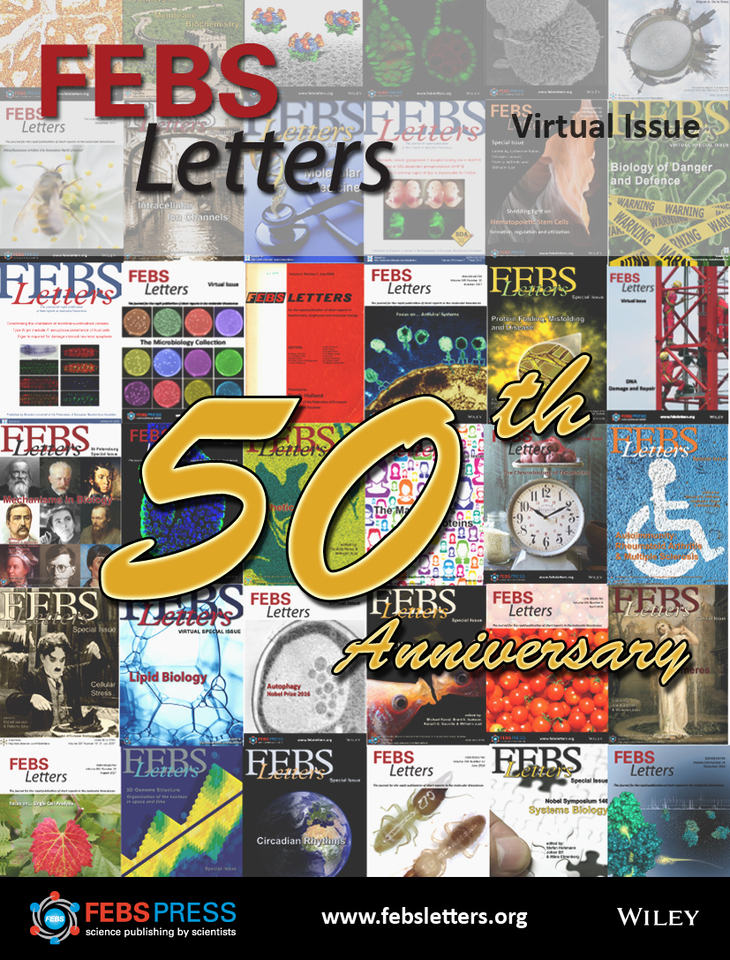