The idea that living systems could be understood and described as information-processing systems has been around even before the first computers were built. From Alan Turing’s paper in 1936 to Erwin Schrödinger’s work in 1944 and John von Neumann in 1948, many scientists pondered about information storage and the possible existence of a logical processor within living cells. The discovery in 1953 of the double-helical structure of DNA  provided the material basis for these intuitions as it finally revealed how cells store inheritable information in a ‘digital’ format. The recent success of genome transplantation experiment into recipient host cells – akin to transferring software to another computer – further strengthened the hypothesis that living cells can be regarded as Turing Machines, as was restated recently by Sydney Brenner.

In light of these experimental results that would support the “cell as a computer” hypothesis, the Fourmentin-Guilbert Foundation has launched the I2CELL (from Information to Cells) initiative to foster a research community on using information processing concepts and tools in biology.

The I2CELL initiative began with the I2CELL seminar which evoked the 1948 Hixon symposium for physicist Albert Libchaber or the 1956 Gatlinburg meeting on information theory in biology for microbial geneticist Antoine Danchin. The Fourmentin-Guilbert Foundation invited international scholars from the life sciences, computer sciences and physical sciences in February 2018 near Bletchley Park in UK to discuss and identify new research areas. Over three days, they debated on a broad range of subjects from computation, information handling by biological analogues of Maxwell’s demon, algorithms, robotics and viruses (of the digital and biological varieties) to explore analogies between cells and computers that could inspire new research, while keeping a critical approach to the benefits of similarities. The September 2018 issue of EMBO reports summarizes and analyses the presentations and debates.

The I2CELL initiative now continues with the I2CELL Seed Award to stimulate experimentally relevant ideas that exploit the concept of information in biology.

- is intended for Principal Investigators.

- encourages a collaboration with computer scientists.

More information and the guidelines on https://www.i2cell.science 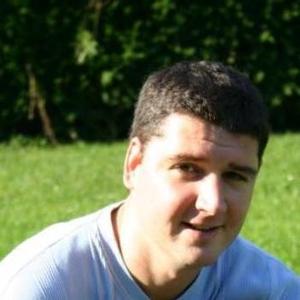 Does nicotine exposure increase the risk of severe COVID-19 infection in the general population?
RESEARCH

Does nicotine exposure increase the risk of severe COVID-19 infection in the general population?

BBMRI-ERIC connects scientists to biobanks across Europe to accelerate research

BBMRI-ERIC
Hermona Soreq: “I guess that I am always attracted to far horizons…”
RESEARCH

Hermona Soreq: “I guess that I am always attracted to far horizons…”

Andrea Bellelli
FEBS Network
We use cookies to help improve your experience. By continuing to browse our website you are consenting to our use of cookies.
Learn more