The Special Session organized by the FEBS Science and Society Committee at the 45th FEBS Congress this year in Ljubljana will be focused on pollution by plastics and their possible substitution. Here I put the scale of the problem of plastic pollution in context, and introduce ‘bioplastics’ as the session topic. If you’re coming to the Congress, we encourage you to join the session to learn about recent progress in this important area from our expert speakers, and bring your ideas, thoughts and questions to the panel discussion.

Plastics are incredibly useful materials with extremely diverse properties, allowing a multitude of different applications that benefit our lives. Indeed, the present time can be defined as “the plastics age” as for our ancestors it has been the age of stone, bronze, or iron. The history of plastics can be traced from the mid 19th century to the time of the Second World War from nitrocellulose, to viscose, cellophane and bakelite (the first fully synthetic plastic polymer), PVC, polystyrene and nylon. But it was in the second half of the 20th century that the real “plastics revolution” began, after PET (polyethylene terephthalate) was patented, ethylene polymerization refined, melamine-formaldehyde discovered and isotactic polypropylene produced. Use was increasingly adopted in everyday products from fabrics to food packaging to furniture, and nowadays so-called technopolymers find increasingly sophisticated applications such as in super-light tennis rackets, contact lenses, and bulletproof vests.

As we all know, ever increasing growth in the amount of plastic materials produced has exceeded society’s ability to manage them effectively at the end of their life cycle. The vast majority of the plastics have low recycling rates and do not degrade in an acceptable time span. Since the start of the “plastics revolution”, over 6 billion tons of waste deriving from plastic materials have been produced, and less than 10% of the over 300 million tons of waste produced every year is recycled. The large majority is spilled into landfills and oceans where plastics are slowly transformed into small petro-polymers ingested by marine organisms and birds. Over 5 trillion plastic particles are floating on the oceans releasing toxic polymers (micro- and nano-plastics). The so-called “Great Pacific Garbage Patch” (GPGP), a subtropical seawater located between Hawaiian Islands and California having a surface 3-times larger than France, represents the main marine landfill in the world with over 80 thousand tons of floating plastics waste there.

The issue of discarded plastics and marine pollution is top of the political agenda and there is increasing pressure for researchers, business and governments to work together to solve this problem. Technological innovations in this area can be divided into three main strategies: selection of organisms that can use plastics as nourishment and thereby decompose them; development of new materials with required durability for use but with a built-in self-destruct mechanism in response to certain stimuli; and development of new materials that can be degraded in shorter times by microorganisms or other living organisms (biodegradable plastics or bioplastics). It is this last strategy that is the focus of the FEBS Special Session. Bioplastics cover a range of biological based materials that are being developed with different environmental outcomes in mind, including the substitution of fossil fuels and post-use environmental impact. They are innovative materials obtained from renewable organic sources, possibly derived from wastes or in any case low cost by-products, which can be enzymatically digested by specific living organisms present in the soil and/or in the sea.

The FEBS Special Session at the 45th FEBS Congress

• From plastics to microplastics and organisms, Oliver Bajt, Slovenia
• The transition from plastics to bioplastics: an opportunity to reconnect global growth with sustainability, Paola Fabbri, Italy
• Active biopackaging produced from byproducts and wastes from food and marine industries, Frederic Debeaufort, France
• Discussion

Top image of post: by Hans Braxmeier from Pixabay 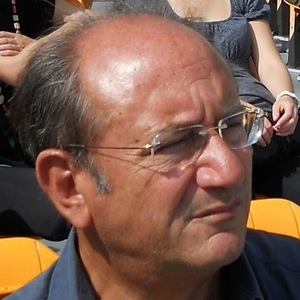